What a Woman Wants in a Relationship – 7 Things

This post may contain affiliate links and ads. Please see the full disclosure.

What a Woman Wants in a Relationship – 7 Things

“A happy wife is a happy marriage.” How true are those statements? For a relationship to work, a man must be able to provide his woman with what she wants.  What a woman wants in a relationship is not rocket science. These might appear simple to a man, but it means the world to a woman. Give a woman these things and your relationship will be successful.

What a Woman Wants in a Relationship

Writing from a woman’s perspective, guys tend to believe women want too much. I vehemently believe, without reserve, that men clearly do not understand our intricacies and complex mental makeup. That’s it! But… women, as stubborn and hardcore as we can be, we yearn for a few sparks in our relationships.

We do not want much, but we do require these 7 things from our men.

We Want the Cheddar!

Who does not want cash? Ladies… please show a raise of hands. I bet none went up. The reality is, regardless of how handsomely paid a woman is at her employment, she needs something extra from her man. Frankly, this has nothing to do with greed, but she values spending his money.

Men, aren’t you ecstatic when you receive a gift from a loved one? Aren’t you reassured that they’re thinking about you and your wants? Exactly! That’s how women feel. We want to proudly lift our heads and say, “My Johnny bought me this or my Johnny bought me that”. It’s just that simple.

There’s nothing ulterior about it. With that said, provide cash allowance for your spouse so that she can get herself something nice. I love spending my husband’s money… Ladies, don’t you?

A relationship is not solely based on romance. However, it’s really an intricate piece to a relationship’s survival. A little warmth does not hurt. Frankly, I’m an emotional being. I’d like to imagine that the majority of the feminine species are.

We anticipate and fancy that the man of the house will lavish us with tenderness. We need that affection and tenderness to thrive and feel reassured. Would you welcome a meal prepared with love? I can assure you, without rendering affection to your spouse, every meal is one done with regret.

Guys, heads up. In addition to showing affection to your spouse, simply telling her how cute or dainty she looks when she dresses will suffice. Men often like to play it safe when asked about their woman’s garment. They often lie just to dodge a fight.

If you think a dress looks shabby on your woman, let her know. She’ll be upset initially but she’ll come around. She prefers to be told by you that she looks trashy in that outfit, rather than someone on the outside.

Guys love a day or night out with friends. However, when she’s around, she expects that you’ll provide her with undivided attention. By that, I mean all eyes and ears! Do not nod affirmatively, only in an aid to shut her up! That’s a killer and will get you in trouble.

If you’re thinking about killing time on the couch sucking up some good old soccer on your XBOX, add her to your gaming adventure. Most women don’t want to sit around all day playing games, but if it’s the ideal way to spend some time with you and get some attention, she’ll get with the status quo.

The Daily “I Love You”

If you’re like me, keeping track of how often your spouse says, “I love you” is a top priority. I’m not a fan of Math but when it comes to affection and how many times the “I love you” has been uttered for the day, I’m a straight-A student.

If a day passes and those words aren’t said, I’d be writing my own book of lamentations. Women love assurance. They want to be told constantly how much they’re appreciated and loved. It also does a world of good to show it. Men can do small gestures or things around the home to show that they’re considerate and constantly looking out for the interest of their women.

Wash the dishes sometimes, pick up your shoes for a change, and do not leave your shavings all over the bathroom – that does wonders for your woman.

We’re not expecting you to be the ‘all macho and conqueror’. However, women expect their men to provide emotional, physical, psychological and spiritual support. Though it is true, that some women would give anything to have a man looking like The Rock, we’re not all about physique and good looks.

Some women, real women, aren’t shallow and prefer to marry or date someone because of who they are, against their abs or flabs. A man should be strong mentally and flooded with confidence, not the egotistical or “I’m all that”.  A man should be willing to speak out when necessary, but doing so with mild-temperedness and tactfulness.

Ladies… I don’t know about you, but I love the idea of relaxing with the good ole’ hubby, sipping on something while relishing a good dialogue. We’re not asking for a brainiac, but we’re simply asking for our spouse to make time to communicate about pertinent and significant life-changing events.

We don’t mind talking about football, especially if we’re fans of the game, but if there are more important and burning issues, those should be a prerogative, not what you’re wearing out tomorrow.

Someone Who’s Willing to Take the Lead in Making Amends

Exclusively speaking for myself, I’m probably the worst at settling disputes, especially face-to-face. My solution is to avoid and pretend that the individual does not exist. With that said, I really do appreciate how much my husband takes the effort in making amends.

That should not always be the case, but it does a world of good for me. If you discern that your wife is not quick to settle disagreements when they arise, take the initiative to do so. It’s not that they don’t want to make amends, but women have egos too and when they’re slighted, it’s hard to pull up her socks and be a woman about it. Sometimes you, as the male figure, have to pull the bull by its horns and make amends.

Now that you’re acquainted with what a woman wants in a relationship, it’s your obligation to provide it when necessary. Don’t worry, you’ll slip up but it’s always the little things that count.

What a Woman Wants in a Relationship

Loved this? Spread the word 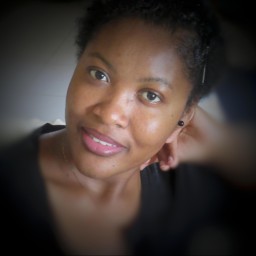 Samantha is a Creative Writer and Blog Strategist with an unhealthy fetish for books and a strong aversion to most insects and bugs. She enjoys scouting YouTube for vegan videos, and when she's not chilling with hubby, she's masterminding the ultimate plan to take over the blogosphere with her wits, creativity, and treasure chest of knowledge. If you're looking for a conversational and professional scribe, with the ability to compose content across various spectrums, Tsumai is your go-to creative.

The Foremost Reason Why Marriages Succeed

Please log in again. The login page will open in a new tab. After logging in you can close it and return to this page.

There’s no perfect marriage. A union that weaves together two different...

Money problems in marriage is a tough coaster to ride and,...

Do you find it difficult to catch up with a friend...

The Foremost Reason Why Marriages Succeed

What were your expectations before your big, festive event? Did you...

There’s no perfect marriage. A union that weaves together two different...

Rebuilding a Marriage After Infidelity: For the Victim and Offender

Unfaithfulness in a marriage doesn't have to end in divorce. Rebuilding...

Money problems in marriage is a tough coaster to ride and,...